Daniel Goleman, psychologist and author of the ground-breaking book Emotional Intelligence: Why It Can Matter More than IQ and Working With.

I know when I think of the bosses and managers I’ve had over the years, the ones who stick out in my mind aren’t the ones who ruled with an iron fist or thought themselves to be the smartest in the room.

They weren’t the ones who were authoritarian in their management approach or those who constructed a hierarchy that constantly reminded us of where we sat in the pecking order.

Surprisingly, the importance of Emotional Intelligence in management positions has been largely underrated in bygone eras but there is more and more evidence that having a higher EQ can vastly benefit those working in leadership roles; and not just to get the best out of themselves, but their charges as well.

Why Emotional Intelligence (EQ) is important for success

The term “Emotional Intelligence” is a relatively new one, only coined by psychologists as a “thing” in the 1990s. Prior to that, it was a widely held belief that emotion and intelligence were mutually exclusive traits and even considered to be in complete opposition to each other.

However, over the past 20 years, researchers have indicated that employees who measured higher EQ scores on psychologically developed assessments tended to be rated higher on measures of traits like interpersonal functioning, leadership abilities and stress management.

Representing the intersection of cognitive processes and the ability to regulate emotions like sadness, fear, anger and happiness, Emotional Intelligence can immensely improve how well you interact with others and your chances of creating a more productive environment that’s conducive to achieving greater success.

According to the Harvard Business Review, for a leader to be truly effective they must be able to master relationship management in a positive way.

The five key elements to Emotional Intelligence, as categorised by Goleman, are self-awareness, self-regulation, motivation, empathy and social skills.

Above all things, people want to feel valued, supported and understood – no one likes to be talked down to, disregarded or treated as a subordinate (even if they are more junior or less experienced than other colleagues).

Leaders with higher levels of emotional intelligence demonstrate strong communication skills, an ability to harness a more holistic approach to management and an increased capacity to problem-solve as well as demonstrating the level of interpersonal skills required to establish more genuine relationships.

Which is why it’s not hard to understand why successful workplaces are generally made up of individuals who display increased empathy, consideration and rational thought towards each other and the tasks at hand.

At the end of the day, teamwork makes the dream work and the old school “do as I say, not as I do” leadership mentality rarely results in colleague cohesiveness and overall job satisfaction.

How to become more emotionally intelligent

It might seem an overwhelming thought, but it is more than possible to achieve greater Emotional Intelligence that can help benefit your professional (and personal) relationships and support your leadership ambitions.

While emotional skills do come more naturally to some people (factors such as upbringing and personality tend to play a large role in developing the foundations of emotional intelligence), there are various things anyone can do to help improve their understanding of emotions.

See things from another person’s point of view and pay attention to how you respond to others. Upskilled also offers various courses that can help further your leadership and management skills. 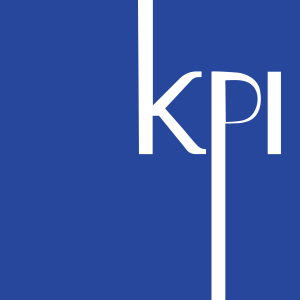